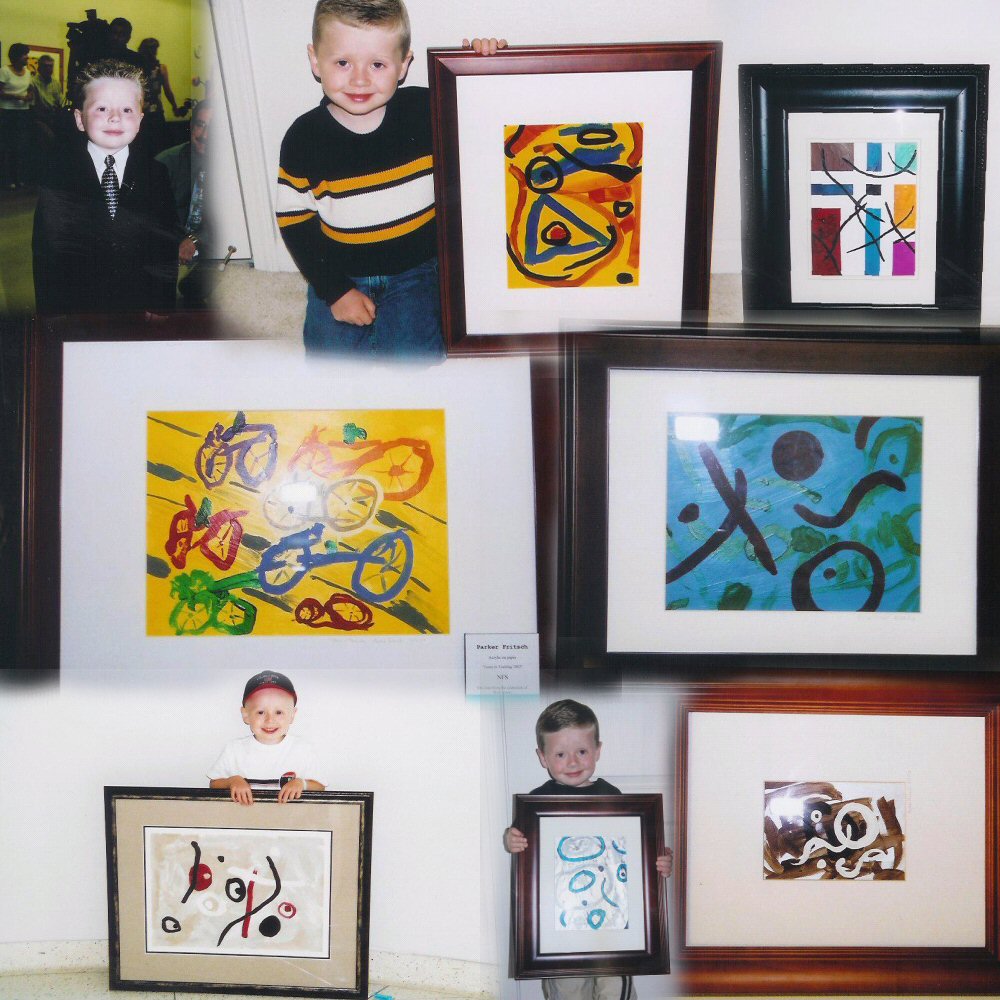 On July 9, 2002 Parker, now 5 years old, was diagnosed with Philadelphia Positive Acute Lymphoblastic Leukemia. Only 4% of ALL's are Philadelphia positive. This Philadelphia chromosome makes it a much more aggressive type of leukemia and requires a more intense chemotherapy regimen. The chemotherapy that Parker will receive will be given over approximately three years. He may need a bone marrow transplant

A major development for the Valley child who has touched many hearts in his battle with cancer. Parker Fritsch learned that he's been given the go-ahead for a life saving treatment.

In just a few days, Parker Fritsch will board a private plane to spend the next four to six months on the East Coast.The family found out just Friday that they can move forward with a bone marrow transplant that could wipe out Parker's leukemia forever.

Like most five-year-old boys, Parker Fritsch likes to wrestle  and his little brother, Connor, is always a good match.

Although he looks healthy, and his cancer is in remission, he needs a bone marrow transplant soon.

Parker's mom, Melissa Fritsch, explained why, "Parker was on an experimental drug they were hoping would be a cure, but doctors across the nation were finding people relapsing on this drug."

Miraculously, the Fritsch's found a perfect match for the transplant. Now, doctors at Duke University Hospital in North Carolina are preparing for the little guy's arrival.

Parker doesn't know all of the details, but he does understand why he needs to take the trip, "Because they're going to give me a treatment at the hospital and we're going to try to make the stuff go away."

It will be yet another fight for Parker, and there are risks. But, it's the family's only option,

With that in mind, the Fritch's church is setting up a fund for the family's expenses. For more information, you can call New Hope Community Church at 559-297-7362.

TO LOOK AT SOME PHOTO'S OF PARKER   WEB SITE HERE