In her novel ``The Outsiders,'' S.E. Hinton described ``greasers'' from the wrong side of the tracks fighting ``socs'' who flaunted new Mustangs and sweater girls.

In , a fatal fight late Friday echoed Hinton's words, as ``preps'' allegedly faced off against ``punks'' in a deserted parking lot.

On Monday, Dustin Michael Camp, a 17-year-old student, was charged with the murder of Brian Deneke, 19. Camp was arraigned and released from the after posting a $100,000 bond, according to a detention center spokeswoman.

Deneke died after being struck by a car about in the shopping center parking lot, according to an Amarillo Police Department report.

Before Deneke's death, about 20 teen-agers -- some armed with bats and clubs -- allegedly fought in the mall's parking lot, the report stated. The fight started in the parking lot of the International House of Pancakes, , then moved across the street, according to police reports.

Deneke's friend, Matt Fairchild, 21, said he thought Brian was killed because of his punk appearance, which included spiked hair and a black leather jacket.

Jeremy Smith, 19, was working at IHOP that night and said he witnessed the fight.

He said the preps -- also known as ``white hats'' because of their baseball caps -- had been ``picking on'' the punks the week before.

``And that's what started the whole thing,'' Smith said, ``telling them they look like dorks dressed like that, that they needed to get a new style, and calling them `poor boys' because they couldn't afford clothes and stuff like that.''

Smith said the fight in the mall parking lot was between punks on foot and preps in several vehicles.

``After that, I seen that white car go towards that one kid (Deneke), and I thought he hit him, but I wasn't sure; I thought he kind of moved or something -- jumped and rolled out of the way. But then after that, I seen like five or six of the punk rockers come running toward the IHOP screaming, `They killed him!'''

Camp was arrested the next morning, according to police reports.

Daniel said the school has not had similar problems on campus, but he had planned to meet Monday with the APD liaison officer to discuss the situation.

``We're trying to get through semester exams and into the holidays,'' Daniel said.

Smith said the punks, or ``freaks,'' were regular customers at IHOP.

``These freaks, they're the nicest people in the whole world; they don't ever come in IHOP and start trouble. They leave us good tips,'' Smith said. ``All they do is sit back there and either study and drink coffee, or just sit back there and chat. 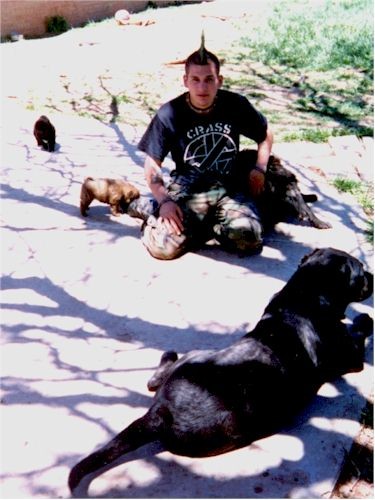 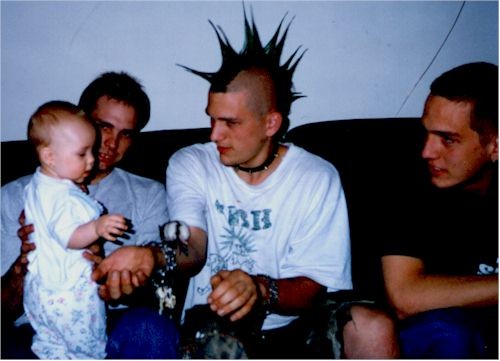