Deneke's appearance, which included colored, spiked hair and sometimes a black leather jacket, may have been the reason he was killed Friday night, a friend of his said.

Deneke, 19, of , died after being struck by a car around in the shopping center parking lot, according to a press release from the Amarillo Police Department.

He was declared dead at the scene by Potter County Justice of the Peace Jim Tipton, who ordered an autopsy.

About 20 teen-agers were involved in a fight in the parking lot, some armed with bats and clubs, according to the release. Deneke was run over by a large car, possibly a Cadillac, by a male around 17 years old. The car left the scene after the incident, according to reports.

Reports circulated that an arrest had been made Saturday morning, but no APD official was available for comment by press time.

In an interview Saturday, Mike Deneke, Brian's father, described his son as artistically gifted. He said Brian was picked on constantly because of his appearance. He enjoyed "punk rock" and loved animals, Deneke said.

"He didn't follow the crowd," he said. "He was a nice gentle kid who didn't want trouble from anyone."

Brian's talent attracted the attention of businessman Stanley Marsh 3 and the young man used those gifts working for Marsh for a while, the elder Deneke said.

Deneke's friend, Matt Fairchild, 21, said he thought Brian was killed because of the way he looked. Fairchild said he received a call at work Friday night telling him of Deneke's death.

He said he had known Brian for three or four years.

"Brian was about the nicest guy you could find," Fairchild said. "He was the first guy to stand up for his friends."

Some students from nearby may have been involved in the fight, THS principal Bob Daniel said Saturday night. He said he had heard reports of students being involved but had not heard any specifics of the incident.

Daniel said they had not had problems like the parking lot fight on campus but he would meet with the APD liaison officer to THS on Monday. 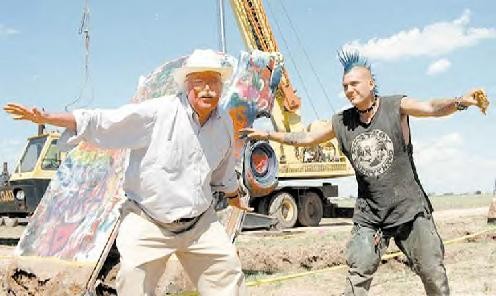 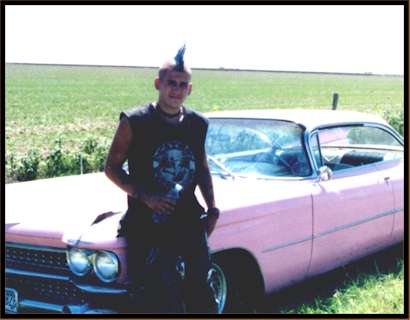